Litecoin (LTC)  is a peer-to-peer cryptocurrency and open source software project released under the MIT/X11 license. Creation and transfer of coins is based on an open source cryptographic protocol and is not managed by any central authority. 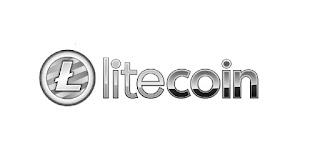 While inspired by, and in most regards technically nearly identical to Bitcoin (BTC), Litecoin has some technical improvements over Bitcoin, and most other major cryptocurrencies, such as the adoption of Segregated Witness, and the Lightning Network.

These effectively allow a greater amount of transactions to be processed by the network in a given time, reducing potential bottlenecks, as seen with Bitcoin. Litecoin also has almost zero payment cost and facilitates payments approximately four times faster than Bitcoin.

- The Litecoin Network aims to process a block every 2.5 minutes, rather than Bitcoin's 10 minutes, which its developers claim allows for faster transaction confirmation.

- Litecoin uses scrypt in its proof-of-work algorithm, a sequential memory-hard function requiring asymptotically more memory than an algorithm which is not memory-hard.

- The Litecoin Network will produce 84 million Litecoins, or four times as many currency units as will be issued by the Bitcoin Network.

Where to buy Litecoin (LTC) ?

To buy Litecoin, I recommend this Exchanges :

CoinBase is one of the most popular Cryptocurrency Exchanges.
You can buy directly Litecoin with your credit card or by bank transfer.
> CoinBase Tuorial <

Binance is a new Exchange, only for Cryptocurrencies, created in 2017.
Here, you can deposit Bitcoin or any other currency on your account, and then trade it for Ripple.
> Binance Tuorial <

Gate.io is a Cryptocurrency Exchange with a lot of USDT trading pairs.
You can deposit Bitcoin or any other currency on your account, and then trade it for Ripple.
> Gate.io Tutorial <

I will present you in this Tutorial, how to register to Gate.io and start to trade your Cryptocurrencies on this Exchange Platform. First, what is Gate.io ? Gate.io  is a Cryptocurrency Exchange Platform that is still young, but got already a high volume of exchanges. The Platform have a large variety of USDT Markets, and could be interesting for people who prefer trade with Tether, rather than Bitcoin. On Gate.io, you cannot buy Cryptocurrency directly with your Dollars (or Euros), but you can deposit Bitcoin, or any other Cryptocurrency avaible on Gate.io, to trade it with other Cryptocurrencies. If you don't have Bitcoin or any Cryptocurrency, you can follow this  Tutorial  to buy your first Bitcoin with  CoinBase . Why use Gate.io : - Transactions fees are at 0,2% and can be put down at 0,1%. - The Website is easy to understand and to use. - A large variety of Markets and different Cryptocurrencies, from which a lot are tradable with USDT/Tether. 1 -  Register o

What is Medicalchain (MTN) ? Where to buy it ?