At present, RFID technology is widely used in various applications all over the world, from identification to freeway billing, mobile payment, credit card payment, we can see RFID everywhere. The project was founded on November 30, 2016, the fifth anniversary of the death of Charlie Walton. To commemorate the great inventor of RFID technology, the project was named "Waltonchain" to carry forward his invention and blaze a trail to the future.
As mentioned above, in the Walton ecosystem, the most core parent chain is called waltonchain in which the token used for circulation and payment is called waltoncoin (hereinafter referred to as WTC). WTC is the most important digital token in the Walton ecosystem, the total number of WTCs is 100 million, created and set in the Genesis Block. This number is constant, no more tokens will be issued.

Where to buy Walton (WTC) ?

To buy Walton, I recommend 2 Exchanges :

Binance is a new Exchange, only for Cryptocurrencies, created in 2017.
Here, you can deposit Bitcoin or any other currency on your account, and then trade it for Walton.
> Binance Tuorial <

What is Genaro Network (GNX) ? Where to buy it ?

What is Genaro Network  ? Genaro Network  is the first Turing Complete Public Chain with Decentralized Storage Network , providing blockchain developers a one-stop solution to deploy smart contracts and store data simultaneously. Meanwhile, Genaro provides everyone with a trustworthy internet and a sharing community. As the creator behind the blockchain 3.0 concept, Genaro aims to contribute to blockchain infrastructure technology development. Through the Genaro Hub and Accelerator , Genaro aims to foster thousands of DAPPS , to move applications from "Cloud" to "Blockchain” and thereby create a global blockchain ecosystem. The Genaro Hub is designed to be a revolutionary workspace where concepts of coworking , coliving , and cocreating are combined, and all linked together by a social and business community utilizing the Genaro ecosystem. One of the major components of the Hub will be the Genaro Accelerator , a resident incubation and acceleration platform t 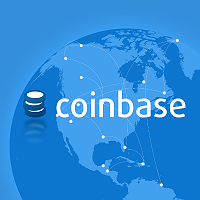 CoinBase Tutorial - How to buy Bitcoin or Ethereum

I will present you in this tutorial, how to easily buy some Bitcoin with CoinBase, using Credit Card / Debit Card or Bank transfer. CoinBase  is one of the largest Exchanges in the world to buy Bitcoin, but also Ethereum and Litecoin. It's one of the best platforms to buy Bitcoin, and it's very easy to use. You can pay with Dollars or Euros with your Credit Card / Debit Card or by Bank transfer. You will get 10$ worth of Bitcoin Bonus after making at least 100$ of order in CoinBase. To start, got to CoinBase :  https://www.coinbase.com/ 1-  Registration On the first page, you will have to put your First Name / Last Name / E-mail address and choose a password (You will have to use your real Name). Do the Captcha and check the box to certify that you are old enough. Now you just need to click on "Sign Up". You will receive an E-mail from CoinBase with a confirmation link. Click on the link to confirm your CoinBase account. Now you will have to fill out all th